Eightythree Down gets six NYIT nominations! 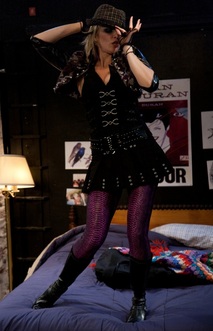 Hard Sparks' production of Eightythree Down, written by J.Stephen Brantley and directed by Daniel Talbott, has just received six nominations from the New York Innovative Theatre Awards, including nods for every one of our cast members.

The awards ceremony will take place in New York City on September 24th. Want to join us? Visit the NYIT website for info and tickets.

Eightythree Down is now published by Indie Theatre Now! Check it out here.
And check out this hot promotional video.

featuring
Melody Bates as Dina, Bryan Kaplan as Tony, and Brian Miskell as Martin, and Ian Holcomb as Stuart

Assistant Director Evan Caccioppoli
Eightythree Down was developed at the 2009 Southampton Writers Conference under the guidance of Pulitzer Prize nominee Craig Lucas. The script earned the 2009 Georgia Theatre Conference Award.